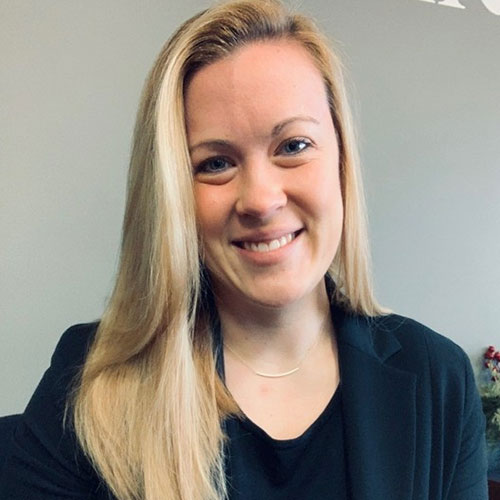 Julie joined the company in 2012 starting first in an administration role. Within her first five months, she hired six staff members to join the administration team so that she could step away from the department in order to begin participating in the company’s inaugural staffership program. During her year-long staffership, she spent time working within different departments throughout the company including teaching operations, district outreach, and business development before finally finding her home within the human resources department.

Over the past seven years on the Human Resources team, she has increased her exposure not only within the different human resources functions but also from a broader business management perspective. She has traveled throughout LearnWell’s operations, interacting with as many employees as possible with the focus of learning how to best support a remote culture.

Julie graduated with a BS from Eastern Connecticut State University in 2011 and will soon start work on obtaining her Masters in HR. She currently resides in southeastern MA with her husband and two Australian Shepherds. Outside of work, she is also a fitness instructor, an avid reader, and a lover of cooking and baking!